below the monastery of Nonantola from 600 to the ninth century 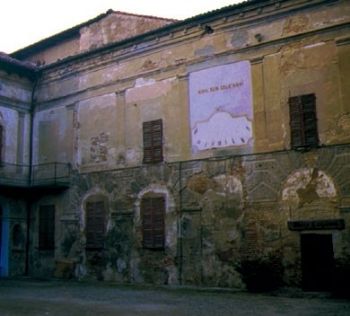 Set along the right bank of the Po, halfway between Piacenza and Cremona, Monticelli belonged to the monastery of Nonantola since centuries VII-IX.
Its territory then passed to the bishops of Cremona who ruled by families Bonifaci de Unguinibus or Unghinis and Dovara, both from Cremona.
By de Unghinis arose the name Monticelli that has no reference to the distant river flowing east dell'Arda.
The lordship of Monticelli was held by the Visconti and the Sforza and the '400 by Rolando Pallavicino that with "the Magnificent" saw expand its borders from the Apennines mountains to the Po;
Finally, in mid-1600 the state passed to the Farnese.
© infotour p. iva 01474490339