a territory that borders the provinces of Cremona and Parma 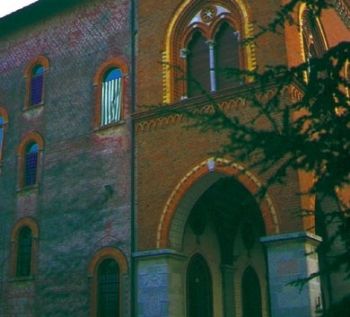 Castelvetro Piacentino has a territory that includes the villages of S. Croce Spirit and to the Parma and San Giuliano S. Pedretto.
To see the Church of St. John the Baptist, rebuilt in the eighteenth century, which has its internal a prestigious painting entitled the Assumption in 1566 executed by Vincenzo Campi.
Interesting also the Town Hall erected in 1912 and designed by Arnaldo Meazza with clear features of neo-Gothic.
No trace instead of the castle and even the church that gave its name to the small fraction of the Cross Holy Spirit, once belonged to Cremona.
Its economy has a huge development for the business; a remarkable fact they are still small and medium industries and agriculture with a major fruit production.
© infotour p. iva 01474490339