with acts from the year 884 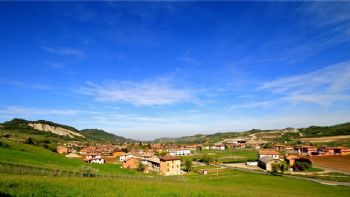 Lugagnano the name apparently derives from Lucus Anneianus that can refer to the forest and clear sacred Anneio or Galli anani who populated these hills.
the oldest evidence of Lugagnano is an act in which 884 are cited in goods ipso site Nebiano aut in Lucanuiiano, aut in finibus Castellana.
Binds its medieval events in Castell'Arquato and Valvassori and valvassini lords Guelph and Ghibelline rulers of this area in the name of the Emperor, the Pope or the City of Piacenza.
The more recent history sees the sale of Piacenza territory to the Kingdom of Sardinia, an ally of Maria Theresa of Austria, in the year 1743.
The Treaty of Aachen in 1748 returns to the Duchy of Parma.
In 1816 the Duchy is assigned to Marie Louise of Austria, on a visit to the ruins of Velleia, will stop in Lugagnano in Gandolfi Palace, now the Town Hall.
© infotour p. iva 01474490339