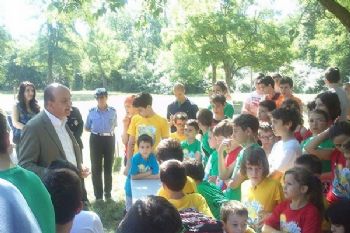 Nearby Garilli Stadium, a few kilometers from the historic center, reached along before Corso Vittorio Emanuele II, then via Genoa and below via Manfredi, the Park Galleana is a green lung of the city.
In the early years of the twentieth century, the area was destined to ammunition depots and laboratory loading bullets, active until the Second World War.
He also had a tinderbox home devastated by fire in 1943. Of this military spending are clear traces in the casemates that, still, peep through the vegetation.
The Park Galleana became the property of the City of Piacenza in 1997.
This area of 150,000 sq m., Of which 100,000 pulled in lawn, is much loved by Piacenza who wish to relax in an oasis of greenery and tranquility.
Numerous paths and trails are ideal for healthy and relaxing walks.
© infotour p. iva 01474490339