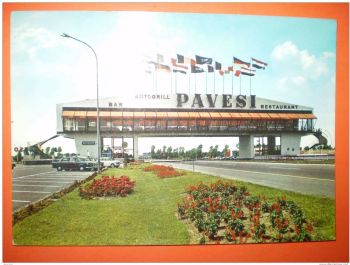 It 'an important center of economic and trade exchanges, along the Via Emilia, approximately halfway between Piacenza and Fidenza, on the right bank of the river Arda.
Its foundation dates back to Roman times and is to be connected with the work of colonization and land division implemented by the Romans in the territories between the Po and the Via Emilia.
Before the eleventh century the news about Fiorenzuola are scarce. In an act of 31 March 744 is mentioned monastery Fiorenzuola among the assets bestowed by King Hildebrand to the bishop of Piacenza.
We find in a document 830 Abbey Fiorenzuola which was probably already in the X century parish church with a dedication to San Fiorenzo and belonged to the bishops of Piacenza with Castell and adjacent valleys.
In July 923 within the country took place a long and bloody battle between the Emperor Berengar of Friuli and King Rudolph II of Burgundy. Early '300 was involved in the struggle between Guelphs and Ghibellines until becoming part of the domains of the great lordships Milanese Visconti and Sforza then.
In 1441 the Duke Filippo Maria Visconti gave the fief of Fiorenzuola its ally Orlando Pallavicino whose family remained the rule for most of the sixteenth century during which settled in Fiorenzuola many Jewish families from Piacenza and Cremona who created a prosperous and rich community that stood until the racial laws of 1939.
A Sforza Pallavicino, famous leader, you have to unification in 1559 of marquisates Busseto and Cortemaggiore Fiorenzuola and with the enactment of the regulation for the community of Fiorenzuola that stood at the base of the municipal administration to '700.
The death of the said Duke, in 1585 and the crisis that followed, favored the inclusion of these lands in the Duchy of Parma ruled by Pier Luigi Farnese.
From this moment Fiorenzuola was part of the state and was ruled by the Farnese ducal commissioners until 1731, when it came under the domination of the Bourbons, the successors of the Farnese.
A shout of October 25, 1802 announced the fiorenzuolani the decision of the First Consul Napoleon according to which it was stated that the exercise of sovereignty had become as of right of the French Republic.
During the Restoration, Fiorenzuola, annexed to the Duchy of Parma, was ruled wisely by Marie Louise of Austria, followed by the return of the Bourbons.
During the Risorgimento the city is in favor of the Savoy and was the scene of one of the first clashes between insurgents and Austrians, in February of 1831.
March 18, 1860, the province of Piacenza was declared part of the Kingdom of Italy.
Fiorenzuola was the first city of Piacenza to promote the emergence of a "mutual aid societies among the workers" in order to encourage mutual assistance and the best intellectual and moral development of the working class.
Founded April 21, 1862, the company participated actively in the towns and the national political life, accumulating considerable wealth that invested in the construction of public housing, it allowed survival. The September 18, 1956 Fiorenzuola d'Arda was elevated to the honorary title of city.
The construction of the most prestigious is the Collegiate Church of San Fiorenzo, patron of the city.
Others are: Palazzo Grassi, Renaissance, Palazzo Bertamini Lucca, which houses frescoes by Francesco Natali and Bartholomew Rusca, the Convent and the Church of St. John, owned today the city administration, which began in the 70s a work of recovery by setting the library, an auditorium, a cultural center and services for the elderly and handicapped.
Other important buildings are the Church of Our Lady of Caravaggio, the Oratory of the Blessed Virgin Mary told of the death, the Teatro Verdi, the Church of San Francesco.
Nearby Baselica Duce and San Protaso, respectively, three and five kilometers from Fiorenzuola, are the oldest surroundings of the town, rich in history and archaeological finds.
© infotour p. iva 01474490339