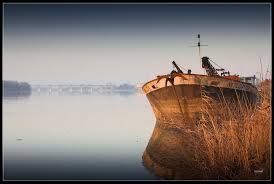 The news about the origins of its territory are conflicting, as some say, Orsa, sister of Bishop Piacenza Podone, with his sister Imelda, nell'819, he founded the Church of the equipping of 576 perches of land and, from then Cà Orsa "Caorso", translation dialectic Casa Orsa. According to other sources should be attributed to Queen Cunegonde, Countess of Luxembourg, wife of Henry II; yet different is the view of the historic castles of Piacenza Andrea Corna, for which Caorso derives from home Ursilia.
Certainly we know that the beautiful fortress, now home of the Town Hall, was founded in 1200 as a bulwark against the city of Piacenza to Cremona.
The fort did not prevent, however, nine years later, the Cremonese destroy Caorso.
The fortress was conquered in 1258 by the Ghibellines of Oberto Pallavicino and served as the basis of raids against Piacenza.
In 1385 Gian Galeazzo, to reward the cooperation given to the capture of Bernabo Visconti, gives Brass Mandelli the fief of Caorso, and the Lombard family remains for four and a half centuries except for temporary concessions to Manfredo Scotti, Pietro Pusterla and Francesco Serafini.
In 1522 the country had to suffer the vain attempt of occupation by the French.
The Marquis Bernardino, last of Mandelli, he left in 1827 the Rock and its lands to the civil hospices of Piacenza.
© infotour p. iva 01474490339