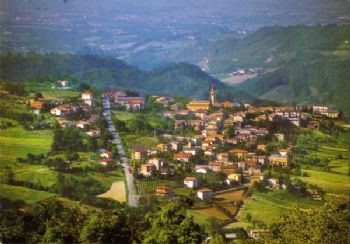 Properties of the bishop of Piacenza, in 850 it was a fief of the Pallavicini, then the Fulgosio and later of Anguissola.
The country's history is linked to that of its castle that rises to a kilometer below the village, on a rocky promontory that juts out over the river Vezzeno.
The fort was the center of fierce attacks and sieges during the struggle between Guelphs and Ghibellines.
Of severe and imposing structure, the tower entrance has an aerial walkway that crosses a deep ditch and within a wide armory welcomes relics of medieval life.
Considerable interest also for the remains of a Romanesque church that eleventh century was an important Collegiate.
Downstream of the country, in the hamlet Sariano, stands the Castle of Pallastrelli built on a hill which overlooks the lower Val Vezzeno; was severely damaged by the Spanish militia in 1635 and then completely restored.
Always Sariano, representing the ancient origin of the village, the small church dating back to the time before the year one thousand, with Romanesque architectural elements still well evident after total restoration.
Agriculture remains the foundation of the local economy, with many vineyards to produce excellent wines among which the red Gutturnio Doc Piacenza hills.
Tourism is seasonal and is spread mainly in the numerous villas residential, sprung up in recent decades.
The routes of interest are those that lead to Montechino, to Magnano, to Rezzano and Travazzano with their castles; the town of Rustigazzo and Mount Taverne (806 mt.), where does the stream Chiavenna; then again at the Old Church with natural park, oak and chestnut trees, in Castellana, 447 meters, with a visit to the town of Groppovisdomo, Pence and Prato Barbieri.
© infotour p. iva 01474490339