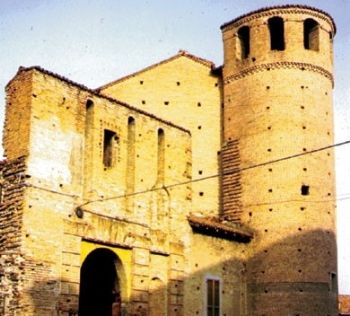 This route has as a destination resort that is located on the outskirts of the city, where the low Trebbia intersects with Val Tidone.
From Piacenza take the Via Emilia Pavese, westbound, to arrive in the town of San Nicolò, that center has expanded and developed in recent decades and now exceeds, for dynamic trade and service Rottingdean, the municipality to which it belongs.
St. Nicholas is the crossroads of some directives and it is clear from this strategic location traffic on this artery grows daily; on his left, where the compass marks the south, stretches before the Trebbia, with Gragnano, then Gazzola Rivergaro and from there, through Rivalta with its beautiful castle.

Alternatively, when you get to Gazzola heading for Agazzano, thereby entering the small Val Luretta, another beautiful area.
Other directions that open from San Nicolò are for Val Tidone, whose river flows just a few kilometers, and flows, as well as the Trebbia, in the nearby river Po.

Calendasco is located north of San Nicolò, reached by turning to his right, which is the first center of Trebbia, because in a few meters the river will finish entering the race, as mentioned, in the Po.
And 'here that the round can begin visit to the territory of Calendasco where, within easy reach, in places Rivo Above, there is the ford on the Po, marked by a stele in material recovery Romanesque.
Calendasco is spread over an area of 37 sq km. around and his village is located right near the river Po, with the small port said ford Sigerico point where the pilgrims crossed the river with boats.
The story tells us of these places in the first instance with reference to the Diet of Roncaglia, by which in 1158 the Emperor Frederick Barbarossa proclaimed his authority over the municipalities of Italy.

And 'the transit area of considerable importance from the pilgrims along the Via Francigena. Calendasco with its Castle was a possession of powerful families, such as Pallastrelli, the Scotti, Visconti, Arcellis and Confalonieri. The Castle Castrum Calendaschi, so named on the trail and in various architectural documentation, is a mighty castle dating from the twelfth century, built by the Bishop of Piacenza.
In deed of 1461 shows that the priest of Calendasco is granted the right to have a cemetery, right belonging to the churches pievane.
The building, which is now under renovation, is built entirely in brick, fairly preserved and shows all its grandeur of the manor defensive. The façade still retains a portion of the deep ditch, with a cylindrical tower, with input bridge (a drawbridge time), as evidenced by receipts from the rampart; is still evident even pusterla, the smaller door, access drawbridge.
It joins the old recetto, of the tenth century, always drawbridge entrance.
The castle with recetto formed, with a church and all'hospitale pilgrims, the burgi Calendaschi.
The castle, as indicated by the notarial documents, has a very good structure classical era. In fact, it can be found a loggia access, and two very large rooms with fireplace, ie caminata magna upper and said lower caminata magna: both are called magnetic, that is huge, because actually structured as follows.
In historical acts is also mentioned the "fovea", ie the moat; For example, in 1461 the priest of the church of Calendasco is seen released the right irrigation of some of his lands, placed precisely on the border with the pit of the castle, the feud at the time of the noble Confalonieri.
An important historical fact linked to the manor is dated 14 January 1482. On that date, after several days of siege, the troops of Ludovico il Moro, Lord of Milan, tore the castle of Calendasco to Captain Antonio Confalonieri. The manor house is a few hundred meters from the river Po, was a strategic point for the defense of the city of Piacenza, as an observation post on the plain to the north-west of the city.
Moreover, in this area were located three important ports and all belonging to the feud calendaschese. In fact, there was the port of Sopra Rivo, that of Botto (between the current location and Masero Bosco) and the other, called "the Frog", to use even Cotrebbia (old), where once stood the Benedictine abbey of St. Sisto in Piacenza and place of the imperial Diets of Barbarossa.