a pristine environment that is 500 mt. altitude 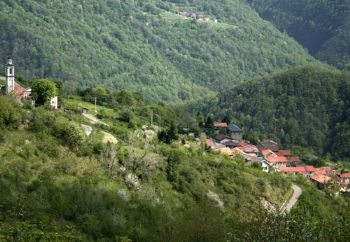 The country, which has around Victory Square, is dominated by the remains of the fortress of the Malaspina, and only the strong stone walls and narrow slits recall its secular history.
The ancient parish of St. Bartholomew, probably built around the year one thousand as a point of care and shelter for pilgrims and travelers, was almost totally rebuilt in 1598 incorporating the surviving elements of three previous buildings.
Inside, it looks bare and with slate flooring, is a wooden statue of the saint. A building that does not fail to attract the attention of those coming from the direction of Piacenza is the largest mill two wheeled said Mulino dei Principi.
The two independent wheels can work separately and in the past served as a grinding cereals other than that of dried chestnuts, food widespread among the mountain people.
© infotour p. iva 01474490339