Val Tidone in the municipality of Pianello 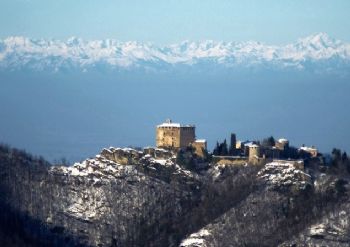 Embedded in rock, overseeing the valleys of the rivers Tidone and Chiarone, Castrum Olzisij is one of the oldest and most striking fortresses Piacenza, surrounded by six orders of walls.

According to some legends, the castle would have been a certain Lord Giovannato, father of Sante Liberata and Faustina.

The first mention of the castle dates back to 1037, when it became the owners, the monks of San Savino, to which belonged until 1296.
Since 1378 the property passed to the Rock d'Olgisio Dal Verme until 1850, then moved to the Conti Zileri Dal Verme.

Since 1979 is owned by the family Bengalli, that with great efforts managed to save what is called the most legendary and beautiful castle in the province.