The sanctuary of Caravaggio in Sarmato

of the eighteenth century is the oldest of the valley 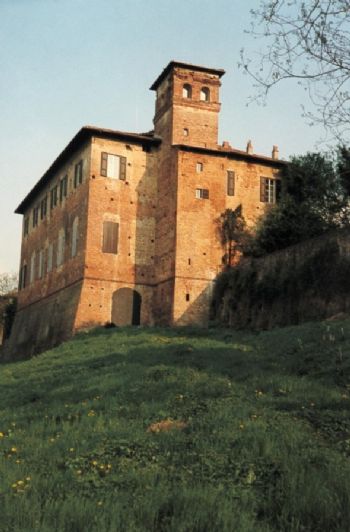 Land that typically Marian sarmatese!
In his parish churches are the roots Lombard: Sarmato dedicated to St. Maria Assunta, Veratto, ancient Caifango, dedicated to St. Mary's and St. Mary Nascent Troja before then and Firethorn dedicated to St. Mary of the Belt.
Not surprisingly in this context arose in the eighteenth century., The oldest Marian shrine of low Valtidone, dedicated to Our Lady of Caravaggio, along the provincial Borgonovo Valtidone.
It goes back, this cult, the first half of the eighteenth century. When the initiative of a devotee, certain Antonio Cavanna was built kiosk, then a chapel, then a semicircular temple and finally, I agree with many of the magnificent sanctuary current, a Greek cross of sure hand of the architect sarmatese Lothair Tomb.
In the apse is a fresco of the second half of the eighteenth century, by an unknown author that is the appearance.
The work is particularly striking, although answers narrow canons popular devotional. The Virgin is represented in the act of blessing, while Giovannetta is kneeling in prayer.
Behind them are depicted Castle Sarmato, the original building of the sanctuary of Caravaggio and the building where it began this devotion, probably a mill.
This is a document of great historical importance, both because it is among the oldest images of Our Lady of Caravaggio, for both environmental references
The first decades of the nineteenth century. The fresco was moved from a wall above the altar apse, in a context of neoclassical decoration particularly happy.
This shrine was restored to its original splendor by a decade now for spontaneous initiative of many sarmatesi and in particular from the group alpine.
© infotour p. iva 01474490339