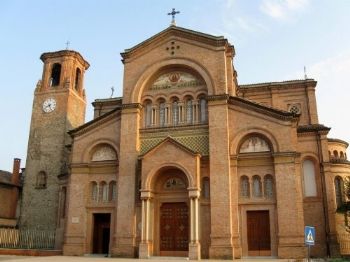 The history of oil Piacenza, apart from the case of the century and Montechino Veleia, begins here, only later will discuss Cortemaggiore.
In recent decades, more because of its favorable location, Podenzano, suffers a real surge, thanks to a strong industrialization that has no equal in the whole territory of Piacenza.

For this reason the center has increasingly expanded with new lotizzazioni and urban development that give a young and modern look of the center; not lacking, however, in the city center, points of interest made by the parish church of St. Germain and St. John Bosco consecrated in 1940 which houses a remarkable organ and frescoes of Piacenza Luciano Ricchetti.

Deserves mention also the Garden Park Hawaii which covers a green area of approx. About 2,600 in the heart of downtown, has a structure used as a bar and kitchen and that is frequented in the sunny days of summer.

Within the municipal well to fractional Albone, Garrigue, San Polo, Turro and Verano, we note the locations of Maiano, which houses an interesting church around which has developed a special devotion, and Altoe that apart from its history linked to powerful families like the Visconti, Gonzaga and Anguissola, is especially to be related to the oil fields previously described.
© infotour p. iva 01474490339