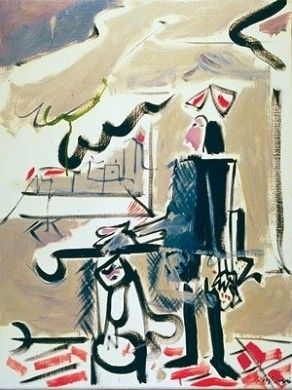 Lodovico Mosconi, born in Piacenza in 1928, took its first steps in 1942 by attending the study of Luciano Ricchetti, evening classes at the Art Institute Gazzola and especially the decorator Alberto aspects.
From 1951 to 1954 he lived in Paris where he attended the Academy and the great Chaumiere and took part in several group exhibitions.
Follow important solo and group exhibitions in Italy and abroad, and a very large number of publications.
They write about him the most militant critics of the time.
In 1982 the city of Milan is organizing a retrospective at the Castello Sforzesco.
He died in 1987 in tragic circumstances.
© infotour p. iva 01474490339