among his teachers Morandi and Rossi 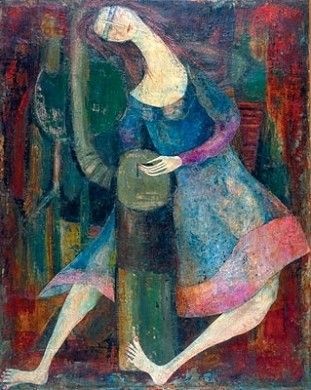 Luciano Spazzali, born in Trieste in 1911, he attended the Academy of Art in Bologna from 1932 to 1937, among those with masters like Morandi and Rossi.
After staying in several Italian cities for work, in 1946 he moved from Bologna to Piacenza, where he came into contact with Bot, Cappelletti, Ricchetti, Callegari, Sichel, and tightens sincere friendship with the sculptor Paul Maserati.
Subsequently shares an experimental phase of fantastic themes with Foppiani first and then with Cinello and Armodio.
At the height of his artistic maturity, enter the scene, thanks to his school, his example, his passion, what will be later, and they are today, the new faces of art Piacenza: Carlo Scrocchi, Luciana Dona, Alberto Gallerati, Eugenio Ermeti, Maurizio Calza, Danilo Gardani, Giorgio Milani.
© infotour p. iva 01474490339