Francesco Alberoni is a sociologist 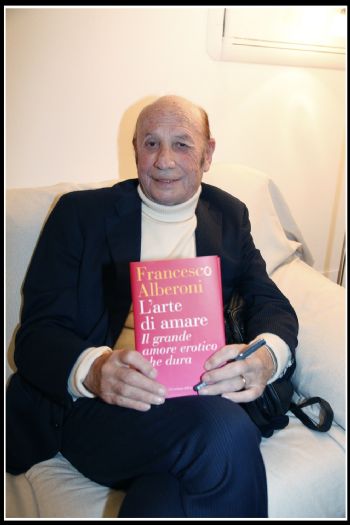 Francesco Alberoni (Borgonovo Val Tidone, December 31, 1929) is a sociologist, journalist and writer Italian.
After studying at the High School of Piacenza moved to Pavia, where he was a student of the College Cairoli and graduated in Medicine in 1953.
Also in Pavia studied psychiatry, with prof. Carlo Berlucchi and prof. Gildo Gastaldi, statistical and stochastic with prof. Giulio Maccacaro, becoming a student of Sir Ronald Fisher.

He studied in Milan psychoanalysis with Franco Fornari, mathematics and information theory with Guido Bortone, also studying with Father Agostino Gemelli. He did research on subjective probability published in the Journal of General Psycology in 1959 and in 1960.

In sociological field is occupied systematically discontinuities and social process in which the order is set by the case, and from there the idea was born guide for understanding the collective movements. In his research was in close relationship with excellence of thought as Edgar Morin, Roland Barthes, Alain Touraine, Serge Moscovici, Michel Maffesoli, David Riesman, Neil Smelser, Samuel Bellah, Norman Brown and Sasha Weitman, with whom he collaborated by participating in joint studies
© infotour p. iva 01474490339