Giacomo Vaciago is an economist 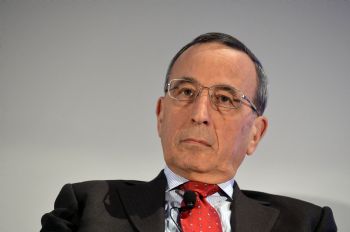 Giacomo Vaciago (Piacenza, May 13, 1942) is an Italian economist and politician, former mayor of Piacenza.
In 1964 he graduated in Economics at the Catholic University of Milan and in 1968 he obtained a Master of Philosophy in Economics at Oxford University.

From 1987 to 1989 he was economic advisor to the Secretary of the Treasury, in the years between 1992 and 1993 became adviser to the President of the Council, while from January 2003 to March 2005 became scientific adviser to the Ministry of Heritage and Culture.

Between 1994 and 1998 the mayor of Piacenza at the head of a center-left coalition. In 1998 he decided not to run again. Subsequently, he was a city councilor, always in the center-left.