Milena Gabanelli Jole is a journalist 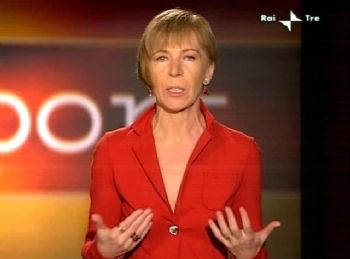 Milena Jole Gabanelli (Nibbiano, June 9, 1954. It operates as a freelance collaborating with RAI television programs inquiry.
He lived up to 19 years in Desio, Brianza, then moved to Bologna, where she graduated at DAMS with a thesis on the history of cinema.

Collaborates with RAI since 1982, starting with the creation of current affairs programs for the third regional network.

In the early nineties Gabanelli Milena participates in the introduction in Italy of the new canons of video journalism, working alone with a camcorder, which creates a more direct in interviews and in general in the way of making television programs.


In 1989 he began working for the transmission of Giovanni Minoli Special Mixer. His first job is China special economic zones (1989), then there is Vietnam, Cambodia. In 1990 he completed a report Pitcairn Island, where they still live the descendants of the Bounty mutineers, where he lived for a month. Then there is the India of kidney sellers, the deformed Semipalatinsk (Kazakhstan, where for 40 years have made the atomic tests), the Japanese yakuza.

As a war correspondent Milena Gabanelli traveled to various regions of the world where there were armed conflicts to document the atrocities committed and the difficult life of the survivors. Among them: former Yugoslavia, Cambodia, Vietnam, Burma, South Africa, Nagorno-Karabakh (Azerbaijan), Mozambique, Somalia, Chechnya.

In 1994 Giovanni Minoli offers to take care of an experimental program on Rai 2 Profession Reporter, which until 1996 airs the services performed by the neo-video journalists. The program has special production methods: use partially internal means (for the design and edition of the program) and external means, namely the purchase of services from freelance writers, who pay the expenses and work independently, while under responsible for the supervision of Rai.

Was created in 1997 Report, broadcast on Rai 3, at the time directed by Giovanni Minoli, of which she is the author and presenter. Over the years the program has become the most well-known format of investigative journalism in Italy. Primarily addresses economic issues, but also issues related to health, justice, inefficiency of public services, and issues related to organized crime: ecomafia, secret services.
© infotour p. iva 01474490339