Giorgio Armani is a fashion designer 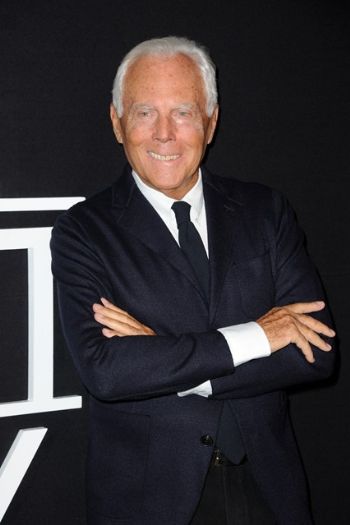 Giorgio Armani (Piacenza, July 11, 1934) is an Italian fashion designer and entrepreneur, among the most famous in the world. His style is unmistakable.
Production ranges between Armani suits of all kinds, starting from jackets, which revolutionizes the design: the inner supports are eliminated (padding and interlinings), the buttons are moved and changed the traditional proportions: thus the unstructured jackets, emblem absolute of his style.
The jacket becomes the protagonist of the suits of masculine cut that Armani designs for women.
Inspired by the film in black and white, and the atmosphere of America in the twenties and thirties, his style chooses crisp, clean cuts and shades of cool colors: beige, gray and greige, a new shade in the balance between the gray and earthy sand, although it is above the blue-Armani to distinguish its production.
Another source of great inspiration for Armani is the oriental culture and Arabic. In fact introduce some of its leaders mandarin collars, coats and similar djellaba, put on the market in 1990, to coincide with the film The Sheltering Sky.
His Armani Casa collection is made with prints inspired by Islamic architecture and the Ming and Qing porcelain.
Armani in film.
In 1980, Armani has designed the costumes for Richard Gere in the film American Gigolo. In 2008, however, has made the clothes worn by the actor Christian Bale (in the role of Bruce Wayne) for the film The Dark Knight, and then in 2012 in The Dark Knight - The return
. Among the other films for which he worked you can remember those for Phenomena (1985), The Untouchables (1987), Cadillac Man (1990) and Ransom - Ransom (1996). In 2013 as Michael Fassbender and Penelope Cruz in the film The Counselor - The prosecutor and Leonardo DiCaprio in The Wolf of Wall Street.
In 1999 he produced the famous documentary by Martin Scorsese on Italian cinema, My Voyage to Italy.
© infotour p. iva 01474490339