Gianni Pettenati is a singer 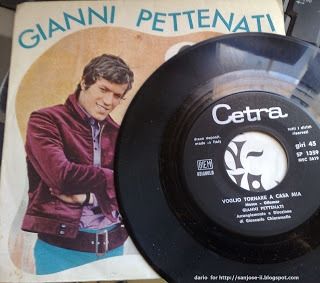 Gianni Pettenati (Piacenza, October 29, 1945) is an Italian singer and music critic.
Gianni Pettenati whose real name is John, six years after he won a singing contest and eight years began his musical studies; as a boy he was a member of the amateur dramatics municipal Piacenza reciting Pirandello, but it's the music that Gianni Pettenati became famous.
It debuted in 1965, winning the Festival of Bellaria in April; then joins the Juniors and in 1966, accompanied by the same group, he recorded his first 45, a cover of Like a Rollin 'Stone by Bob Dylan entitled "Like a rolling stone."
In 1966 affects what remains his most successful, "Yellow Flag".
In 1968, along with Antoine enters the final at the Sanremo Festival with "The north", a song very lucky that the singer Piacenza proposes today during his evenings. Followed by other hits like "Hot Hot", "Cheers", "Your whims" and artistic collaborations with prestigious authors of Italian song.
© infotour p. iva 01474490339