Ippolito Sanfratello is a former skater 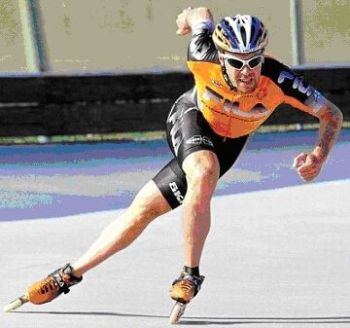 Ippolito Sanfratello (Piacenza, November 3, 1973) is a former speed skater in-line and former speed skater on ice Italian. Graduated in Economics at the Catholic University of Piacenza in 1998, has achieved great successes in roller skating, with eight world titles and the world record on 1000 meters.

Then devoted himself to ice skating, similar to its previous rules, entered into the National in 2003 and obtained good results, including a fifth place at the European Championships in the 1500 meters in the 2005-06 season and a fourth place in a Cup race world in the same year.

For the XX Olympic Winter Games in 2006, won gold in the team pursuit together with Matteo Anesi, Enrico Fabris and Stefano Donagrandi.
© infotour p. iva 01474490339