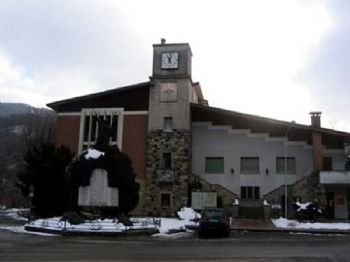 It is a common gathering places itself and fractions of particular environmental and landscape. Not excels for historic buildings and architecture, but has since its a really nice area for nature lovers, walkers, hikers.
The localities that Farini administers under his district go to lick the province of Parma, with Groppallo, dominated by the 1355 meters Menegosa, which borders Bardi.
While lies surrounded by the peaks dell'Aserei (1432 mt.), Dell'Albareto (1255 mt.) And the Rocchetta (1109 m.), The small village of Mareto, once a destination for skiers, with plants lifts now dismantled.
Going over, heading even higher, in the highest Nure, the air begins to smell of salt air, the sea of Liguria so begins to be felt, with mixed feelings that smells and purity of the high mountain streams with typical marine character .

Here in Farini history dates back to Roman times and is one of the historical places of passage.
Was the scene of clashes between the most famous and powerful families of the time, Pallavicino and Arcelli, the Scotti, Visconti and Anguissola.
But also of Caracciolo who dominated the village for three hundred years, from 1400 to 1700. As from the second half of the nineteenth century the establishment of Farini d'Olmo common.
Surrounded by nature, which keep for long stretches a kind of wild soul, was characterized by an inhabited developed mostly on the left bank of the Nure. In the coming years the center has developed considerably and today the country has been extended on the other side of the stream.
There are, as mentioned, buildings of particular interest.
The Town Hall and the parish church of St. Joseph that has within it a Via Crucis painted by Piacenza Luciano Ricchetti, are, for example, buildings rather recent.
A visit to the country is to appreciate the spontaneity and hospitality typical of these people, along the roads as in bars, as well as in the many local restaurants that, in the vast majority of cases, preparing dishes always genuine and related to local products .
Here he left the mark of his skills and his genius one among the most internationally acclaimed chef: the Georges Cogny that made him famous and brought into the world the name of some restaurants Piacenza, and here he managed the Locanda Cantoniera.
© infotour p. iva 01474490339