remembered as a man proud and brave 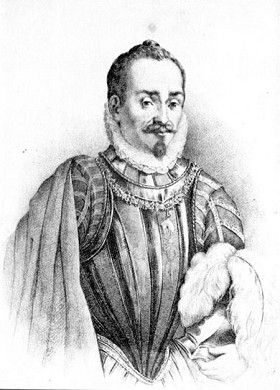 Ottavio Farnese received the city of Piacenza by Philip II, with the proviso that if he extinguished the male line of the Farnese duchy would be returned to the Spanish crown.
Ottavio's wife, Margaret gave the order to begin construction of the Palazzo Farnese.

Meanwhile, in the Duchy, ceased the burning of witches and began to burn heretics.