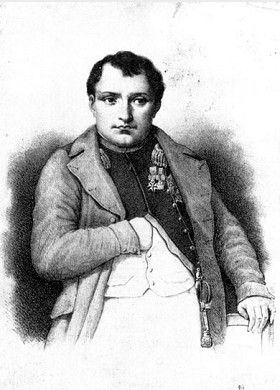 Don Ferdinand died in 1802 and was created a Council of Regency.
The French, however, the esautorarono and took formal possession of the duchy.
Shortly after Napoleon was elected Emperor of the French.
Napoleon and his wife Josephine was in the duchy of Piacenza June 27, 1805, triumphantly welcomed by the two cities; waited for the morning his subjects waited his arrival until midnight.
Napoleon in Parma and Piacenza looked especially the defensive works, among others went around the walls on horseback and visited several times the defense works.
The Empress Theatre instead witnessed in some memorable academies.
The sovereigns stopped a few days and then left again to Genoa.
During the years of the Napoleonic highlanders piacentini rebelled several times and many were shot or imprisoned.
Then came also the benefits of Napoleonic legislation; were then built new bridges and roads traced.
Napoleonic rule, however, was plagued by constant wars and the endless stream of human lives.
After the defeat of Napoleon in 1814 the duchy passed to Marie Louise, second wife of Emperor and Archduchess of Austria.
Napoleon was true glory?
For posterity will judge.
© infotour p. iva 01474490339