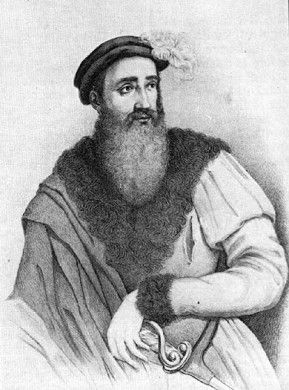 Three days of festivities characterized the beginning of the reign of Pier Luigi Farnese; his entourage were valiant men as Filarete and Annibal Caro; the population of Piacenza was suffered by the Duke, also because he loved to take long walks through the city and listened willingly all those who had something to tell him.
The nobles were rather far away: it was the first time I had a boss at the feet watching what combine.
A fact that did not go at all well to Piacenza: they were accustomed to leave their wives at home and do not ever carried out.
Duke instead loved life bright and apparently without ladies you could not have brilliant life.
Then he ordered that all the nobility came to live in the palaces of the city so everyone could be controlled more easily.
To give a show of force invaded Cortemaggiore and then threw out the Pallavicini which until then had reigned undisturbed.
The blue blood Piacenza seethed with anger; the construction of a new castle in the city against the internal enemies also gave an idea of the intentions of the Farnese.
The more noble, agree with the Spanish governor of Milan, the Duke killed in a palace coup September 10, 1547.
Because of this murder Piacenza declined, also for the fact that others were afraid of Piacenza Farnese and remained always in Parma.
© infotour p. iva 01474490339